What if you could be the manager of your very own Barclays Premier League team?

Well, now you can… only with radically less significant levels of money and fame. 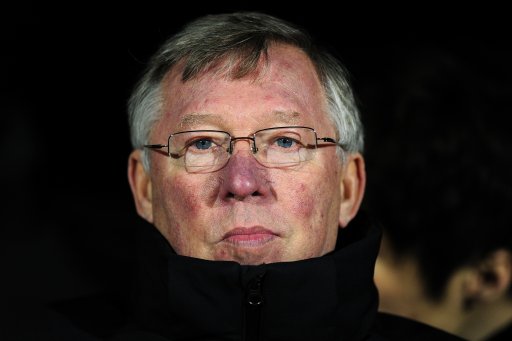 ‘Sure, I can’t form words properly and my nose looks like it’s in a permanent state of frost bite but I’m richer than you’ll ever be.’

You won’t be operating on the same level as old Sir Alex Purple- Shnoz here but Fantasy Premier League will add loads of fun (when you’re doing well) and an extra edge to what promises to be an already-exhilarating Premier League season.

Did I mention the incredible prizes?

(1st prize is a 7-night break for two in the UK including VIP tickets to TWO Premier League matches, and then some)

How do you get involved if you’ve never done it before?
It seems it’s not as straightforward as it should be. So if you’re unsure, see the Total Aniallation Fantasy Premier League Guide (for dummies) below:

There you’ll be met with a disarming amount of  badges, logos, ads, tables, fixtures, stats, videos and the faces of screaming footballers. Relax and look for this:

Annoyingly, a very similar page will load asking for your login details. But you don’t have login details yet.

Click ‘Register’. Can’t see it? That’s cos it’s really small and difficult to see. But it’s there, under  ‘Email Address’.

OR YOU CAN SKIP THAT SH*T AND CLICK HERE.

Step 2: Fill in all your details.

Just do it. It’s a bit time-consuming but you’d probably be on Facebook if you weren’t reading this so it’s not like it’s going to affect your work.

Note: You’ll be asked to choose a club. This is just for promotional purposes and in no way affects your actual team selection later on.

Agree to the Ts and Cs (you’re not gonna read ’em). Check your inbox for a confirmation email and click the link. After all that, you’ll still have to log in to your account using the log in details you’ve just created. Yes, you’ve come full circle.

Finally, you’ve made it – it’s time to be a fantasy football manager.

But you’ll first have to click another, obscurely-placed link that says: ‘Visit Fantasy Premier League’. It’s here, in this box:

The other box on the right is for a new, entry-fee based “Ultimate” Fantasy Premier League (it’s a whole different kettle-of-fish and you can read about it here if you so wish but this post isn’t concerned with it).

A new page will load and you’ll need to click the big red button:

You only have until 11:30 am on Saturday to select your team for Gameweek 1.

Note: It’s all about the players’ performance, rather than the teams’. The players are marked individually and given a score based on goals scored, clean sheets, assists, game time and worth to their team.

But there’s a trick to it here. New, potentially high-scoring players who weren’t in the premier league last year, obviously don’t have a points total. They’re lost somewhere lower in the list, perhaps even on page 2 and 3. Look for these guys (Fabregas, Costa, etc), they could be what sets you apart and ahead at the beginning of the season.

Read these useful tips to a having a successful fantasy premier league team.

Once you’ve got your 15 players, chosen a team name, and chosen your starting 11 (under ‘Pick Team’) for next week’s game, you’re ready to join a league with your family, mates and/or colleagues.  Everyone is ranked globally and nationally but this is a chance to play in  private league within those leagues.

Hopefully, the person who created the league would have sent you an invite via email or social media. In that case you simply click the link as instructed and you’re automatically in.

Otherwise you’ll need to click on ‘Leagues’ in the grey nav bar.

Then click ‘Join a league’, choose ‘Private league’ and click next. Ask for the code from whomever created the league, enter it and join.

And that’s it. You’ll be ranked within a table with your other league members and you can even see their team selection from the previous week so you can (a) steal their ideas or (b) laugh at their miserable failings.

Starting up is the (slightly) tricky bit but once you get going, it’ll only require a sliver if your time each week and it’ll make watching the games/checking the results all the more interesting.

There’s plenty more you’ll have to discover for yourself but that’s pretty comprehensive to get going. If you already knew all this and were thinking ‘duh!’ the whole way through, well this is a guide for dummies, duh!

For the rest of you, I hope you found this useful. If you have any questions, ask below in the comments section. I’ll do my best to answer them.

I am The Aniallator. I aniallate things. That is my face. It faces things. View all posts by Aniallator