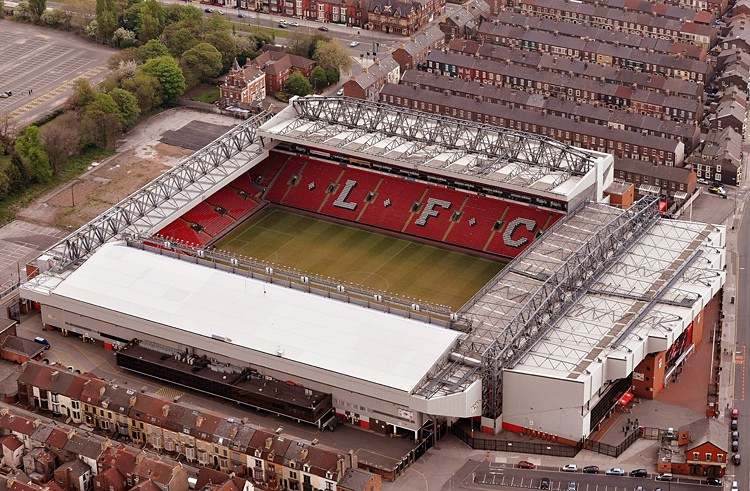 At the end of a hard fought UEFA Champions League (UCL) encounter on Tuesday night, Steven Gerrard stepped up in the 93rd minute to take what would surely be a match-winning penalty for Liverpool FC. The pressure was massive after a whirlwind last seven minutes but there was no sign of anxiety on the grizzled, match-worn face of Liverpool’s captain fantastic. With minimal fuss, he duly slapped the ball in to the bottom corner. Of course he did. But his celebrations were muted to the say the least. https://www.youtube.com/watch?v=1Mk8AsqycWY#t=12 If it had been a match-winning penalty against a European giant like Real Madrid or Bayern Munich, Gerrard surely would have gone shouting and whirling towards the Anfield crowd and maybe even have treated us to one of his classic power slides.

But it wasn’t against a European giant. Gerrard opted only for a modest fist pump because he had just saved Liverpool from embarrassment against Champions League minnows, PFC Ludogorets Razgrad. He wasn’t elated. He was relieved. A crucial 3 points

…it’s always nice to win the game, especially when you think you’re gonna drop two points… looking at the game as a whole, we did OK – we didn’t do better than OK.

That’s probably a fair assessment of Liverpool’s performance from Gerrard. A win is a win and they did OK. But OK doesn’t win competitions and Liverpool will need to progress from playing OK to playing well pretty sharply if they’re going to make the fans proud this season. But the very fact that they did manage to win could be the catalyst for that progression, that all-round bedding-in and gelling together, that Brendan Rodgers is after. The Great Escape on Tuesday night is exactly that – an escape from the exponentially more vehement pressure and criticism that would have come after two defeats in four days against seemingly inferior opposition (Aston Villa and Ludogorets). For the time being, panic has been dissolved. Margins are fine in football and it could have been so much worse. If Liverpool had indeed lost lost to the Bulgarian champions, everyone involved with the club would likely have been left thinking: we couldn’t even beat a Champion’s League newcomer. Where do we go from here? However, having won opens up room for the idea: we did just enough and we can build on this. After all, despite their glorious, quintuple winning European Cup/UCL history, the Reds are relative Champions League newcomers themselves, having spent 5 years away from the European elite. Only the goal scorers – Steven Gerrard (82 UCL caps) and Mario Balotelli (32 UCL caps) – can boast any real experience in the competition (uefa.com). Going forward  With the first game out of the way, the novelty of playing in the UCL has been reduced. That will help. While Gerrard and co. should pat themselves on the back for claiming all three points from what turned out to be a very tricky encounter, they must also recognise it as a wake up call. The time for excuses needs to be over for the Reds. Fans will soon grow tired of excuses like lack of fitness, lack of playing time and unfamiliarity, however valid they may be. The unforgiving pace of the English domestic season simply doesn’t allow much time for gelling. Sooner or later, the squad has to combine to its full potential, bursting with attacking fluidity. Just how good that full potential is, no one can know for sure. But in the meantime, and starting at West Ham on Saturday, the Reds need to find a way to win. They need to find a way to be better than OK.